The Leviathan in Job 41 is one of the fiercest creatures that God had made. The Bible describes a sharp-toothed scaled animal which roams the deep waters in a mire. The Leviathan had a distinct neck. The Leviathan crushes anything that comes in it’s way. Other people say that the Leviathan was a land-dweller and spent merely much of its time on water. It was a fire-breathing sea monster.

Maybe, the Leviathan was a dinosaur that had sharp claws or armor. As in the imagen, the Leviathan is crushing huge ships that enter the Leviathan’s territory. No one is sure if the Leviathan really exists. There have been sightings, but they could be hoaxes. Hoaxes are fake pictures that people edit to look like the image is real. Most of the time, hoax videos and pictures are very blurry and hard to see. That is because of the edits. This picture is just an illustration. There is some evidence that the Leviathan could be real. On Pisco-Ica desert in Southern Peru there was a huge discovery, a Leviathan was found! It is thought to be 12-13 million years old. The skull is 3 feet long and is thought to have belonged to a raptorial sperm whale around 13-18. The teeth of the prehistoric mammal can reach diameters of 12 cm and a length of over 36 cm. It looked like elephant tusks. This Leviathan is like an animal combo! Elephant tusks that are teeth and a skull of a raptorial sperm whale. Who knows what’s next? Probably eyes as large as a Giant Squid!

The picture down below is the Livythan. Some people think the Leviathan is just a huge monster that wants to destroy anything in its way. But, it is actually a relative to the whale! Well, it’s true, the Livythan is the whale form of the Leviathan. There is a book about the Leviathan. It was wrote by Thomes Hobbes. Herman Meville is the author of “Moby Dick” and that book has been sometimes referred to the Livythan. So, that is the end of the Levithan. I will see you in our next mystery. Good-Bye. 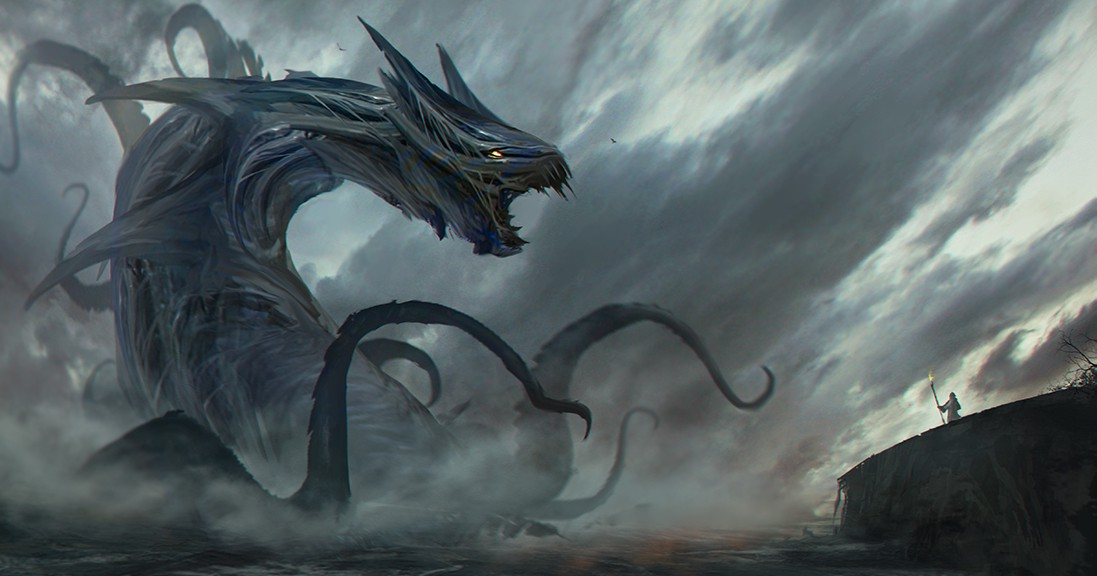 The End. Please Subscribe. See you on our next mystery!

I am 11 years old, and love Mysteries and Fantasies! My name is Ashwin Nair and I live in Los Angeles, California. My hobby is swimming and my favorite color is Silver. I wish for a pet fish. In my blog, I will take you to the world of Mysteries. So, get your reading glasses on, cause', we're going on a mystery trip! View more posts